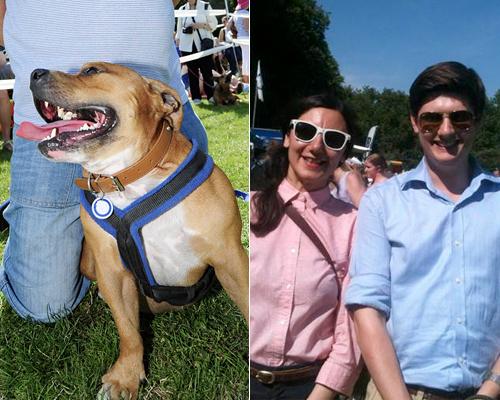 LoveMyDog’s Creative Director Lilly Shahravesh was one of the judges at Battersea’s recent reunion day.

Held at Battersea Park, the day was great fun with lots of people out to enjoy the weather and support the great work Battersea does in rehoming so many dogs and cats.

Joining Lilly in the ‘Handsomest Dog Category’ was Battersea’s vet Phil (recognise him from the telly?), Fiona (a nutritionist from Burns) and a Pearly King & Queen. The final judge was David Levy from The Stafford Magazine, who is also a judge of championship shows. 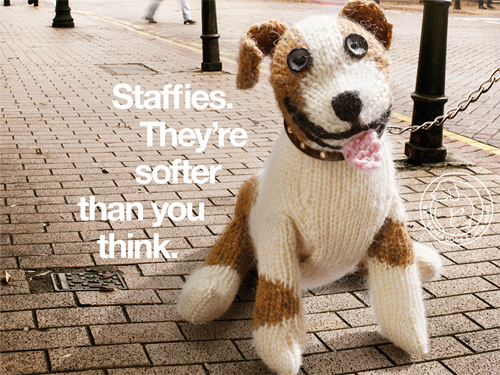 Often referred to as the ‘nanny dog’ there are many misconceptions about the Staffordshire Bull Terrier. But now Battersea Dogs & Cats home have launched a great campaign about Staffies with ‘They’re softer than you think’.

Make sure you visit the Battersea Dogs & Cats home website to find out more about this fantastic Staffie campaign.

When Reggie arrived at Battersea’s London site, it was clear that this friendly and trusting animal had been previously forced into dog fighting. Liz McWalter, Head of Intake at Battersea says: “From the many scars on Reggie’s face, it’s very likely that he has been involved in some kind of chain fighting, where dogs are forced to fight whilst being kept on a lead. His coat was also dirty which could indicate he had been living outside”.

Ali Taylor, Battersea’s Head of Canine Welfare and Training explains: “When he arrived he received a thorough assessment, and it was especially important in his case to see how he interacted around other dogs. But despite his awful start in life, Reggie showed everyone here what a sweet and affectionate dog he is and considering what he’s been through, he seems happy and friendly with other dogs.

Thanks to a campaign by Battersea to find “Reggie’s hero”, he is now enjoying life in Romford, after he was adopted by a wonderful new family, who are able to give him the lovely and relaxed life he deserves. He is a true example of how Staffies are softer than you think; he is friendly and gentle, even after all he has been through.