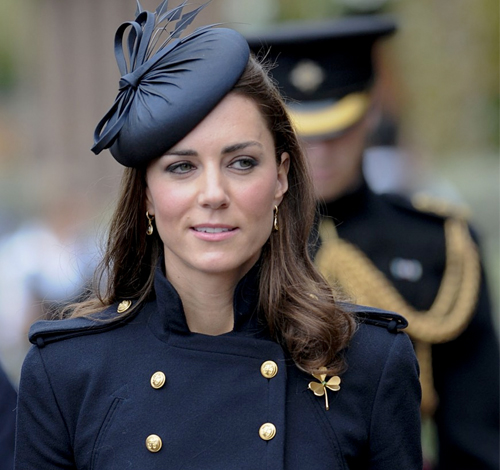 The Duke and Duchess of Cambridge became the proud parents of a Cocker Spaniel earlier this year. Although we could tell the breed easily enough, the pooch’s name was guarded more closely than the Crown Jewels!

Kate was at a school in Oxford yesterday to help promote The Art Room, a charity that encourages confidence in disadvantaged children. She was given a cuddly toy dog by pupils and said she would name it after her dog. The name was confirmed as Lupo, which means Wolf in Italian.

It would appear that Lupo already has his own Twitter account. His latest tweet? “Morning walkies in Kensington Gardens. Will get those damn ducks one day! Where’s my biscuits? Duchy Originals – only the best for me”