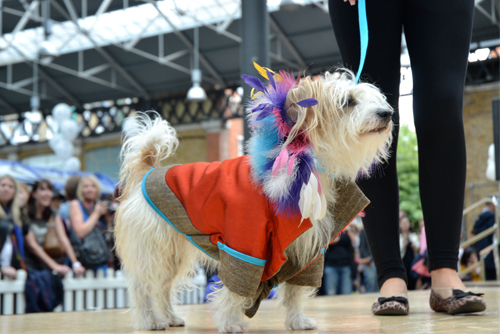 Rabbit and the team at LoveMyDog would like to say a massive thank you to all those who came along to support Spitalfield’s 2012 Paw Pageant on Monday. The event was in aid of Battersea Dogs and Cats home who do a fantastic job reuniting lost dogs and cats, or caring for them until new homes can be found.

We were supported on Twitter by some famous dog lovers, including Jonathan Ross, Chris O’Dowd, Gabby Logan and Lisa Snowdon. 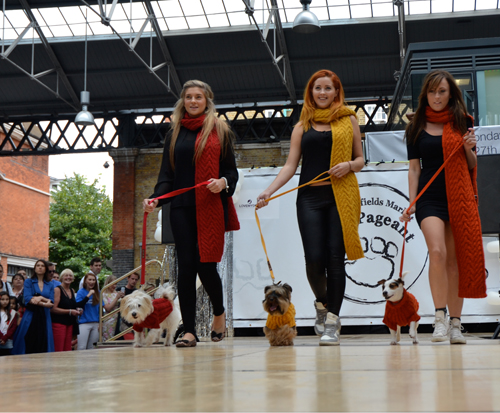 The Paw Pageant opened up with the LoveMyDog A/W dog fashion show. In total we had 18 pretty pooches and handsome hounds modelling for us, representing breeds from Miniature Dachshunds (brothers Ted & Keith) to Great Dane father and son, Bellamy & Puppy.

The Paw Pageant followed and was judged by Anna Webb (BBC Barking at the moon), Sara White from StyleTails and LoveMyDog’s creative director Lilly Shahravesh.

Congratulations to Flora the Akita, who won ‘Best Bitch in the Ditch’, and Betty the Bulldog whose raffle ticket won her a hamper filled with £1000 worth of LoveMyDog canine couture goodies.

Photos above are courtesy of StyleTails.com.